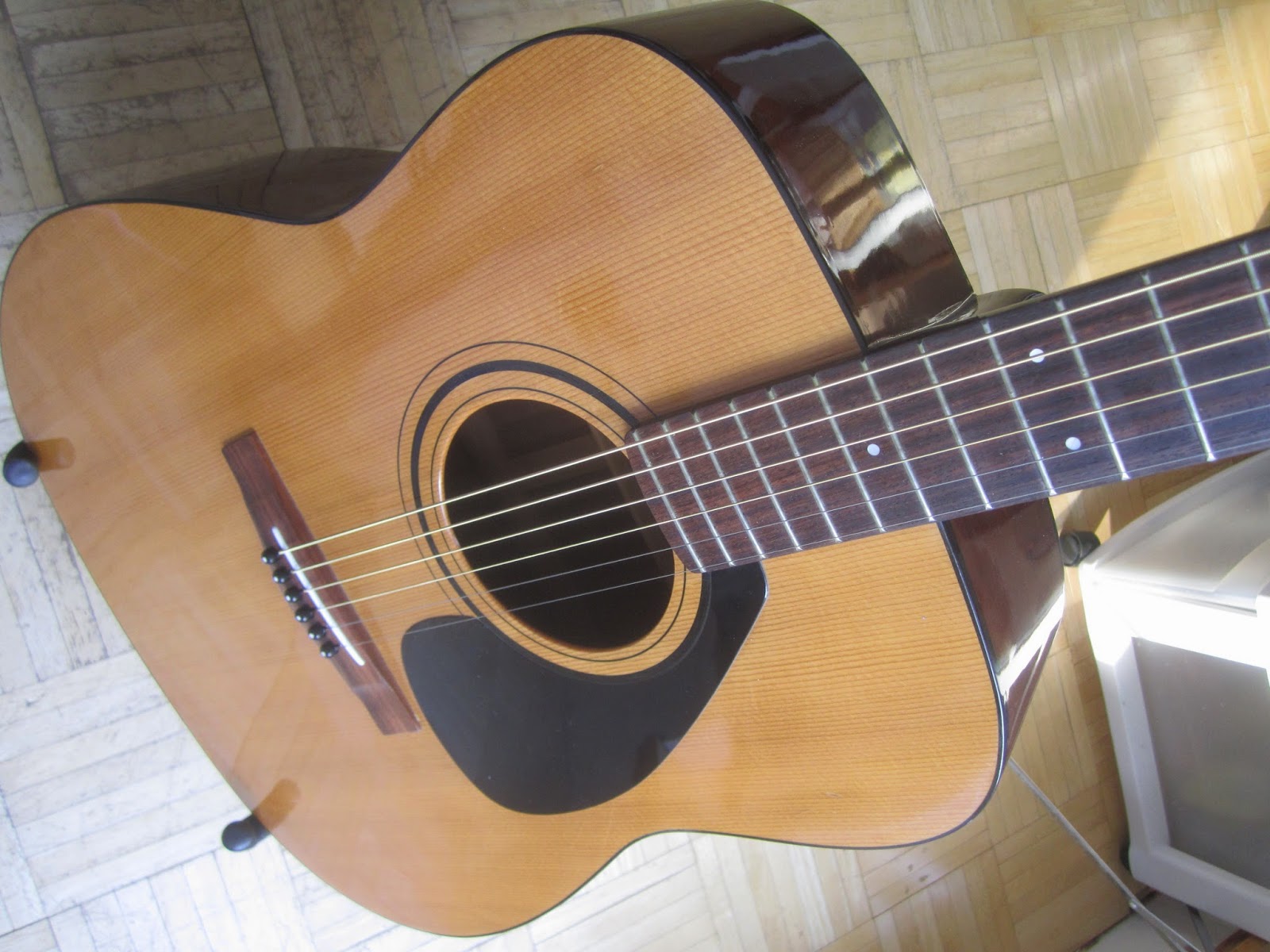 I have not had time lately to monitor Craigslist or eBay listings consistently, so serendipity has to strike for me to catch a good deal before it disappears. That was the case when a vintage Yamaha FG-750S was listed on my local Craigslist for short money. By the time I emailed the seller, someone else had already expressed some interest earlier in the day, but had not followed through so I was able to schedule to check it out that evening in a neighboring town.

The Yamaha FG-750S made from 1979 to 1981 should not be confused with the later model going by the same designation. Both have a solid Sitka Spruce top (designated by the "S" suffix), but the older model has a Mahogany body while the newer model is Sycamore. The 1981 FG-750S also still has the tension rod adjustment in the head of the guitar instead of the body. Note the cool wood truss rod cover that is characteristic of the late 70s Yamaha guitars versus the later headstock featuring Yamaha's leaf logo. These mid-level guitars (top of the line Yamaha production models of this era were designated as the L series beginning in 1978) are valued for their solid craftsmanship, durability, and playability. I find the tone on these older Yamahas to be much richer and less tinny than the more recent models. If you are lucky enough to find one in good shape, these guitars will give you years of enjoyment without having to break the bank. 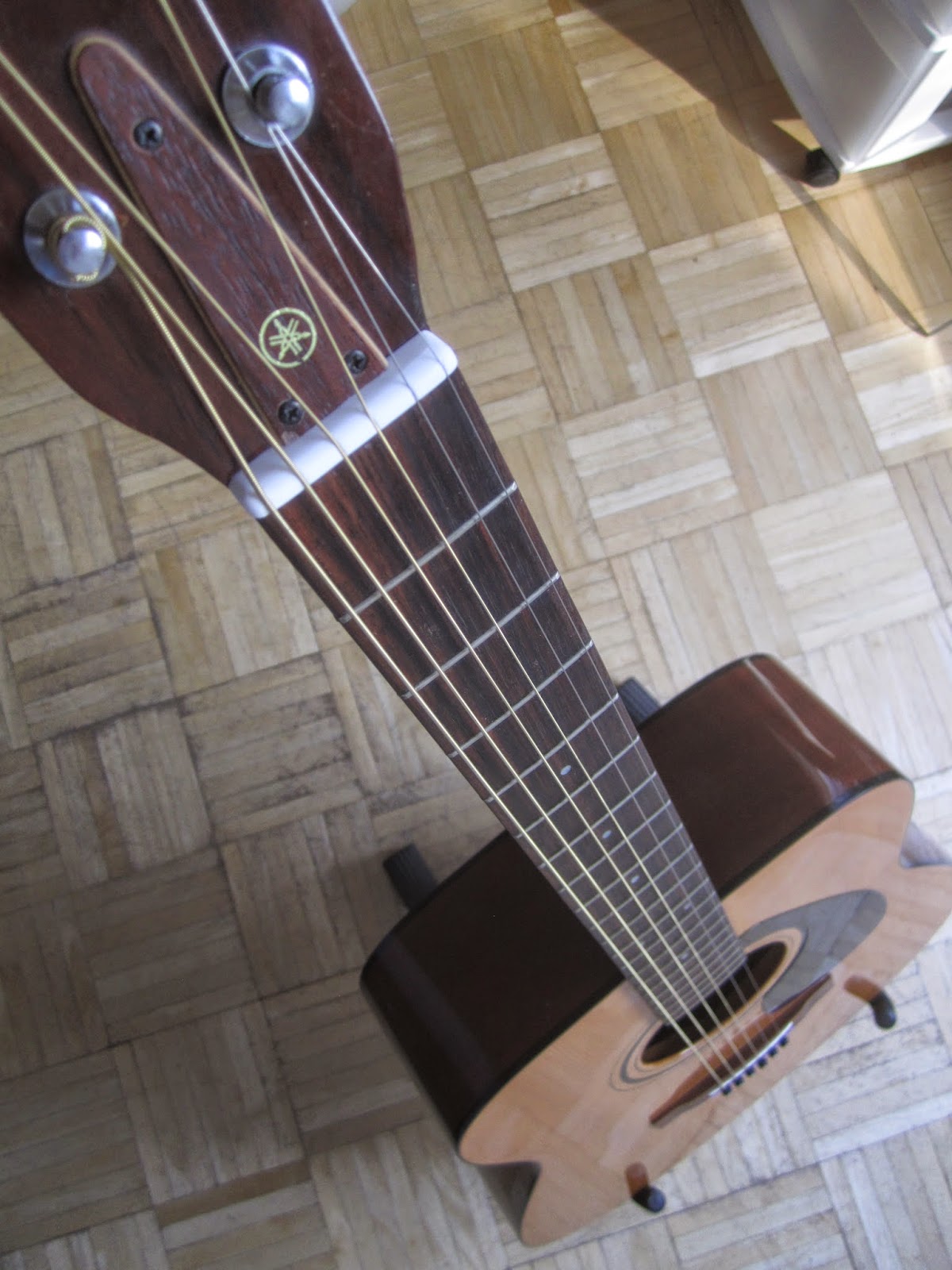 Turns out this was another great closet find! The guitar had been the current owner's dad's and the seller had never learned to play it. As a result, the guitar was in great shape overall, with tell-tale ancient strings that clearly had not been changed in decades. The fretboard was dirty but not indented, the frets showed only minimum wear, and all of the original saddle height was intact for any needed adjustments. The top was the golden honey tone one would expect from over three decades of mellowing. Only the nut showed damage, having been chipped, but it was an easy replacement for my luthier to make. It's always gratifying to bring a classic Yamaha acoustic back to life.

As an unexpected bonus, the guitar came with a newer TKL hardshell case, worth at least a third of what I ended up paying for the guitar, and which I promptly adopted for my recent 1970 Martin D28 acquisition whose case I had had to trash due to mildew. Outstanding. 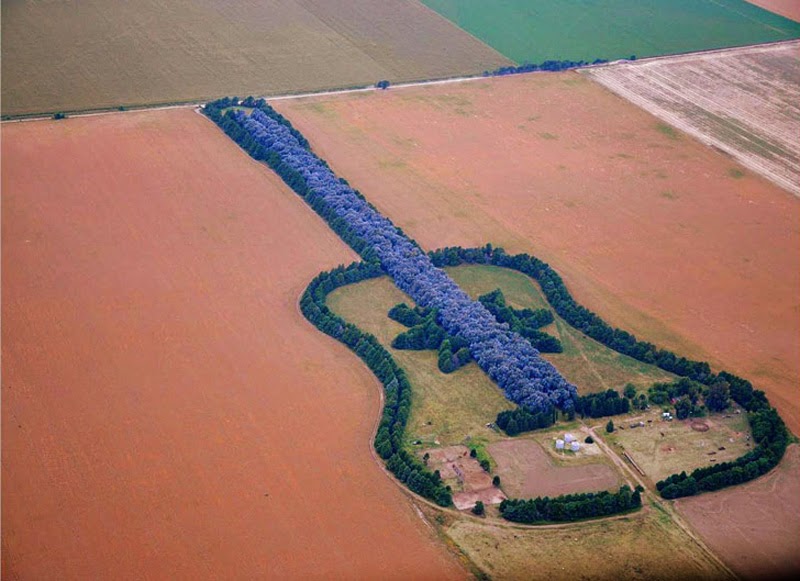 In case you have a large plot of land in need of some shrubbery, here's some inspiration for your own guitar-inspired design!

7,000 Cypress and Eucalyptus trees make up this guitar design on a farm in Argentina. Read the whole story here.
Posted by Acoustic Picker at 7:35 PM No comments: