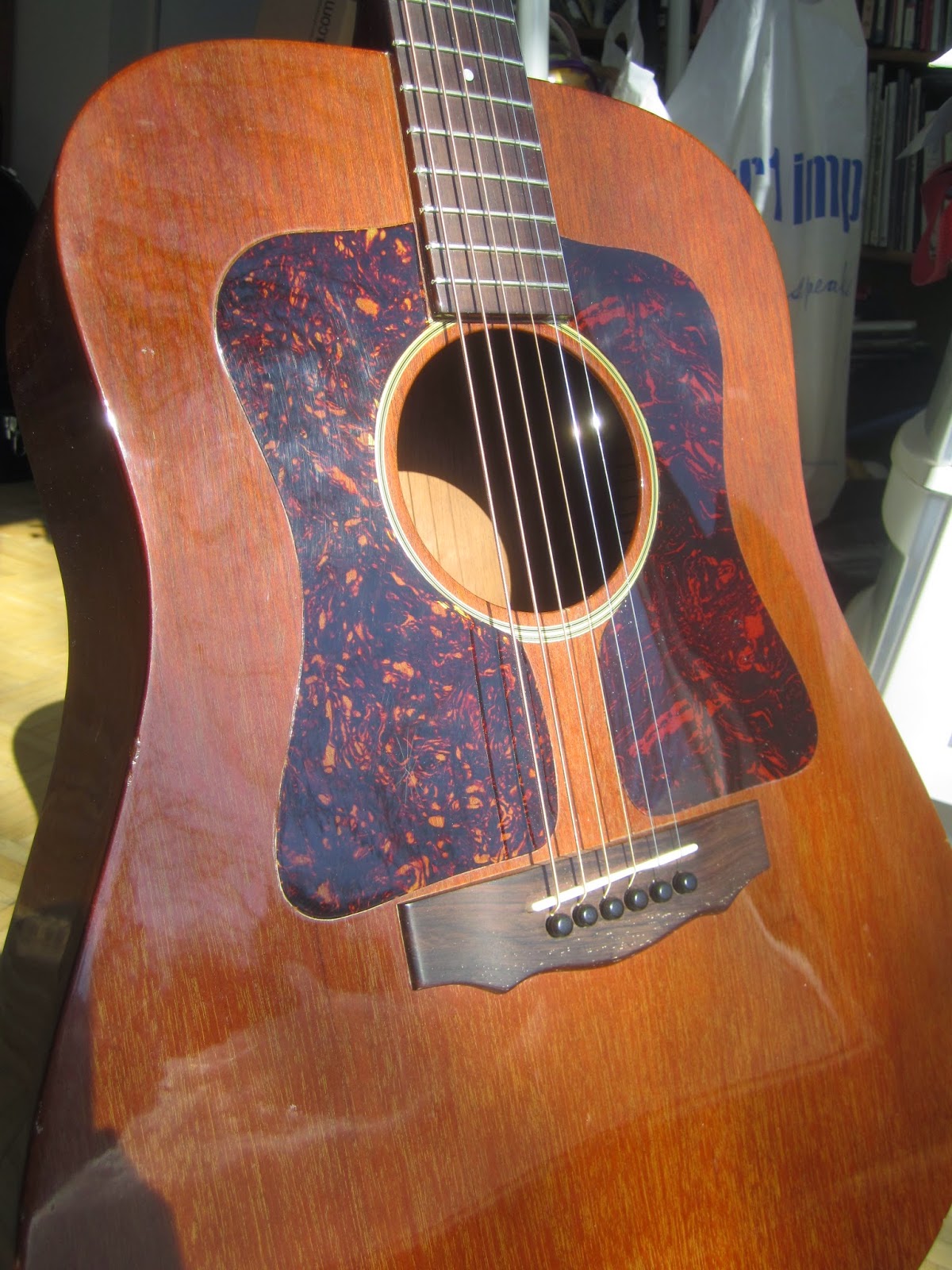 Could not resist a Craigslist posting last week for a 1989 Guild D-15M, of Westerly RI-vintage, with several upgrades for short money. The D-15 "Mahogany Rush" is a dreadnought-sized guitar made from 1983 to 1994 that is listed on the old Westerly Guild Guitars site (and in the Blue Book) as having a Mahogany top, back, and sides. This 1989 D-15M, though, appears to have a Mahogany-stained Spruce top and has an arched laminated back, both features also available in later D-25 models that also originally came in solid Mahogany. The sides appear to be maple as opposed to the darker Mahogany on my 1981 D-25M. Unfortunately, Guild is notorious for having incomplete production records, so it is not surprising to have a Guild guitar that is not officially recognized anywhere!

Turns out this was a lefty model that was later converted to a righty with a new bridge and compensated bone saddle, bone nut, and second pick guard a la Richie Havens' Guild Signature Model. The original tuners had also been replaced with Sperzel locking tuners. Condition-wise, this D-15 was in good shape besides a few small dings. The action was good and the sound clean. The seller, a professional musician, was winnowing the herd. With a few other interested parties in the wings, I was only able to negotiate a small reduction in the asking price, but it was too good a deal on a classic Guild to pass up.
Posted by Acoustic Picker at 9:10 PM No comments: